This year we decided to head back to Outer Banks, North Carolina for a beach vacation. We have been going every few years since 2005. My sister, Stacey and her boyfriend, Nick, put this years plan in motion – renting The Palm House in Waves, NC for a week. Mark and I were invited to come along, my parents came with us, and our friend Mikey. Stacey and Nick were able to bring their dog Bella with them since it was a dog-friendly rental, so it was her first time taking a long road trip, and first time seeing the ocean.

We all decided to leave on Friday night – to start the drive down. Stacey, Nick, Mike and Bella drove in 1 car together, Mark and I in another and my parents in a 3rd car. My parents ended up stopping somewhere in the night and getting a room and finishing the drive on Saturday. The rest of us kept going – driving through the night. Arriving to the Outer Banks literally when breakfast places were opening (7am). We were some of the first through the door at Stack ’em High in Kitty Hawk, NC. We ate some delicious breakfast and afterwards stopped to stretch our legs on some large dunes and take in the sites. And show Bella true sand for the first time. 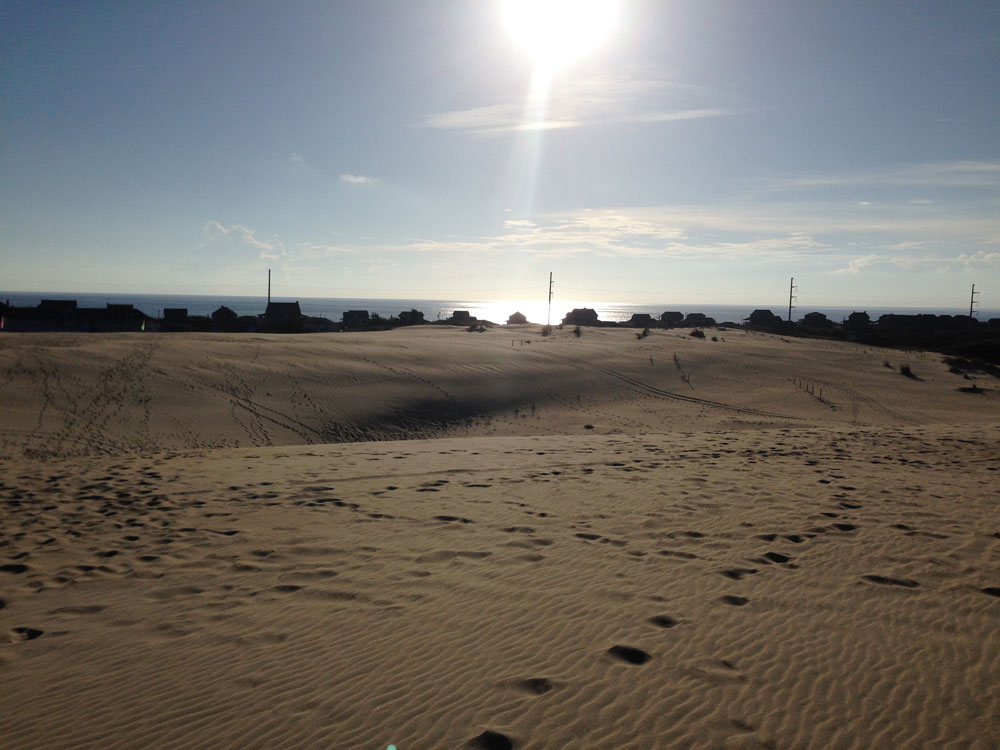 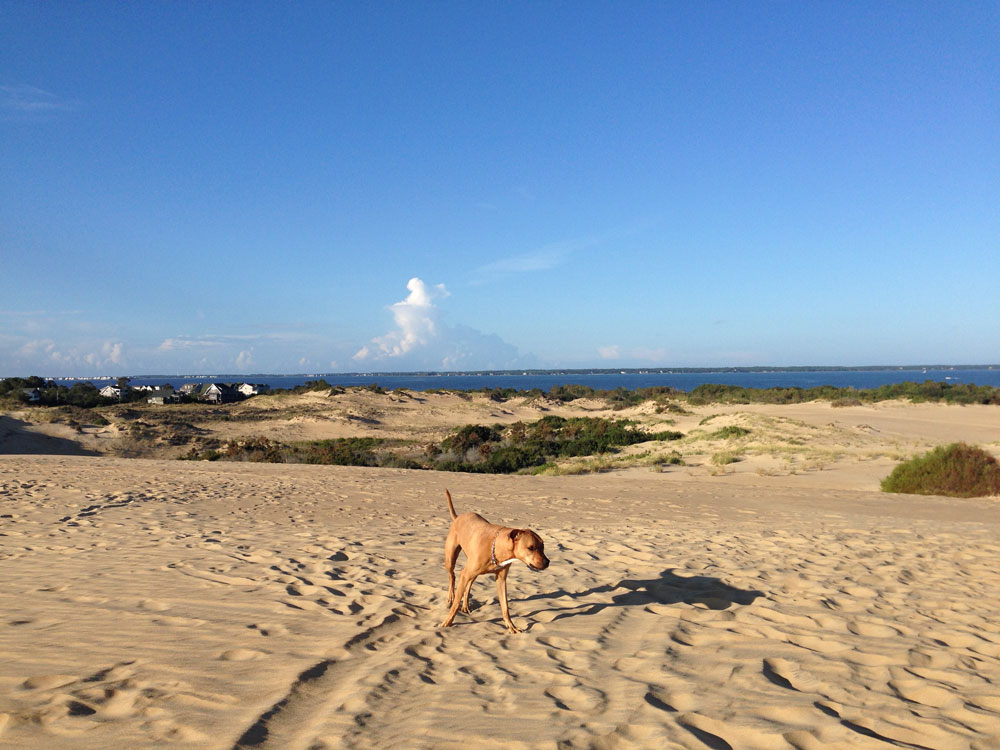 Houses typically aren’t ‘ready’ to check into until the afternoon – so we headed to the beach and set up our pop-up tent, went in the ocean and then took a snooze on the beach for a bit. It really was an excellent day and we were just so happy to be on the beach – for it to be Saturday – and to have a full week off from work and not have anything really planned for the week except to relax! 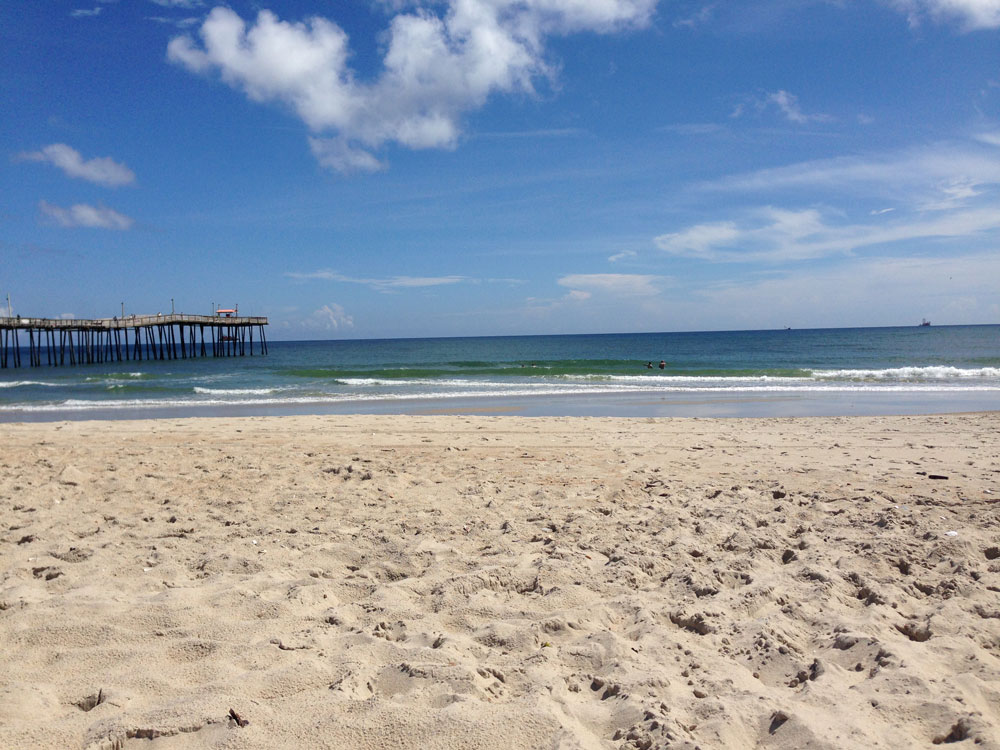 We were able to get in a little early – it was nice to take a shower and just relax. We didn’t do much else on Saturday. Lounge, relax, take naps, just happy to be on vacation. My parents got in later in the afternoon – they hit some traffic on the bridge since they came in later. 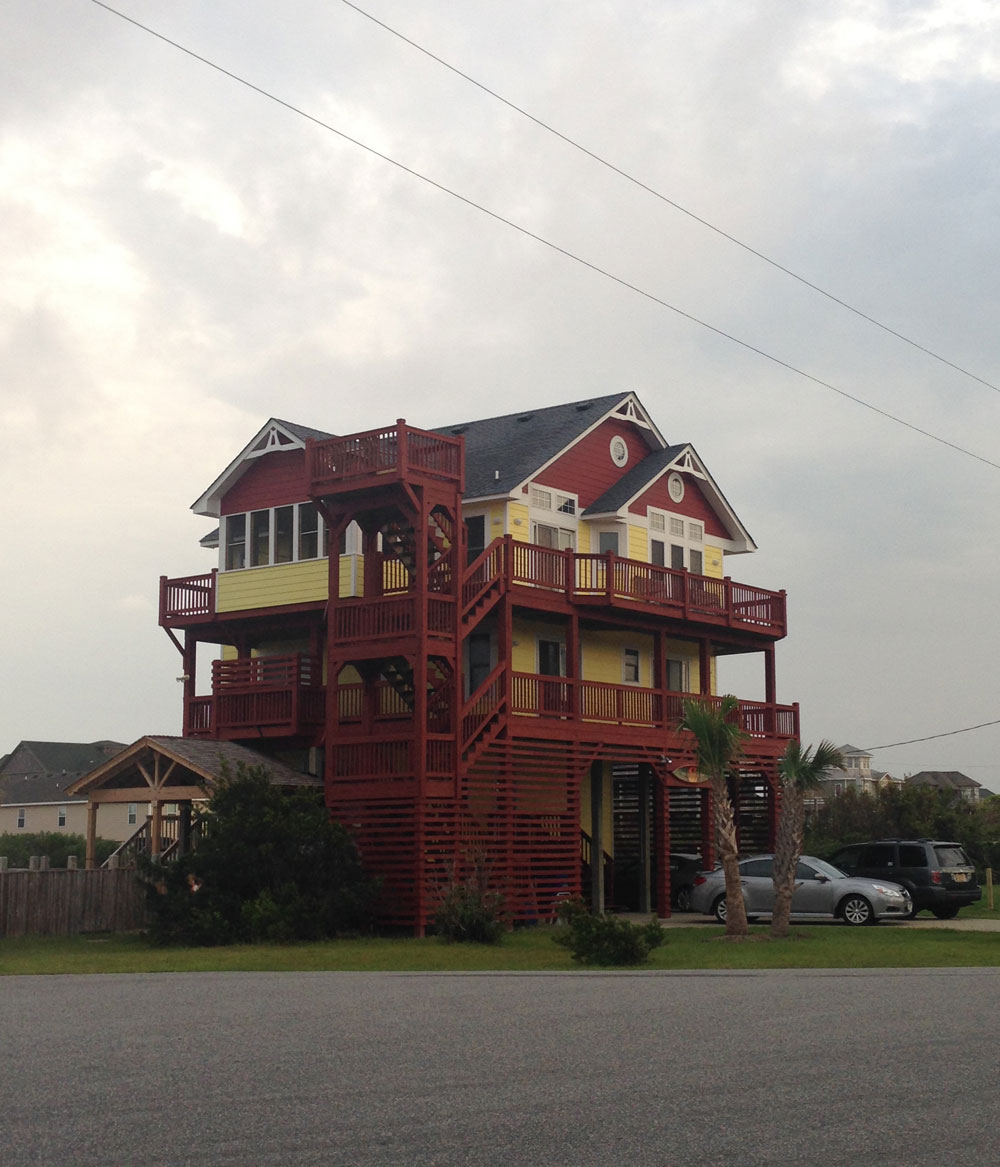 The first day or two we were there, it was rainy and cloudy. I believe on the Sunday it was actually Thunder and Lightning. We spent a lot of the day lounging around and watching movies that we brought with us. Monday the rain was tapering off and we decided we didn’t care anymore that we might get wet if we go in the ocean or the pool. So out we went.

Overall the rest of the week was better. There were some clouds but we didn’t have another full day rain-out. One night when we went for a beach walk – Nick proposed to my sister! 🙂

We enjoyed hanging out by the pool and relaxing (I read a few books, and some magazines…), we went to the beach to boogie board, float on the waves, fly a kite, we played some card games at night or had fires and s’mores on the beach and mostly Stacey and Nick made delicious meals every night. We went out to eat 1 night down in Avon, NC.

We ended up deciding to leave on Friday afternoon. We packed and cleaned and as soon as we got in the car(s) it started to sprinkle. I believe we got home around 5am, happy to be home – glad to sleep in our own bed but also shocked by how cold it was when we arrived (we were still in our shorts from the beach! I think it was ~40 degrees when we got home – talk about temperature shock!).

Here are a few more shots from our time on the beach. 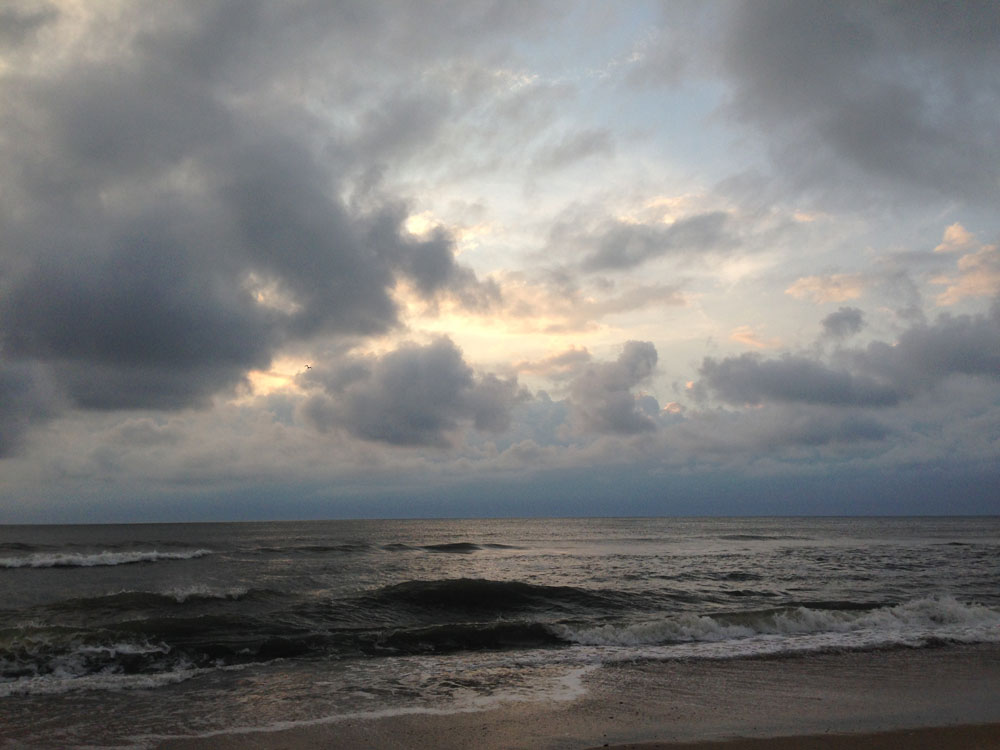 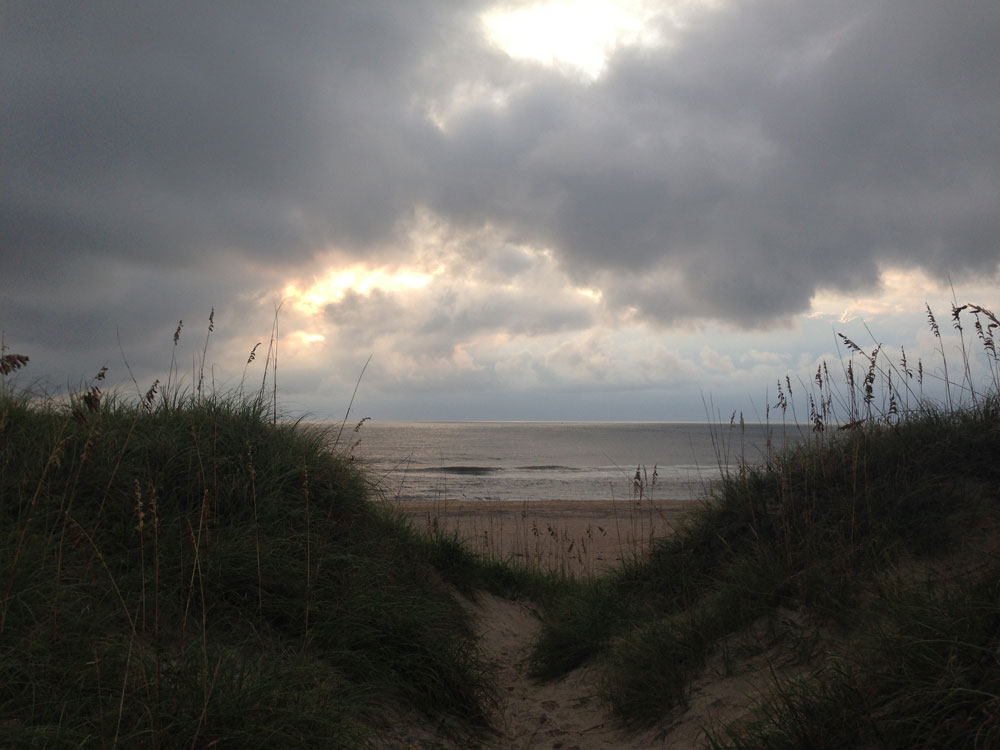 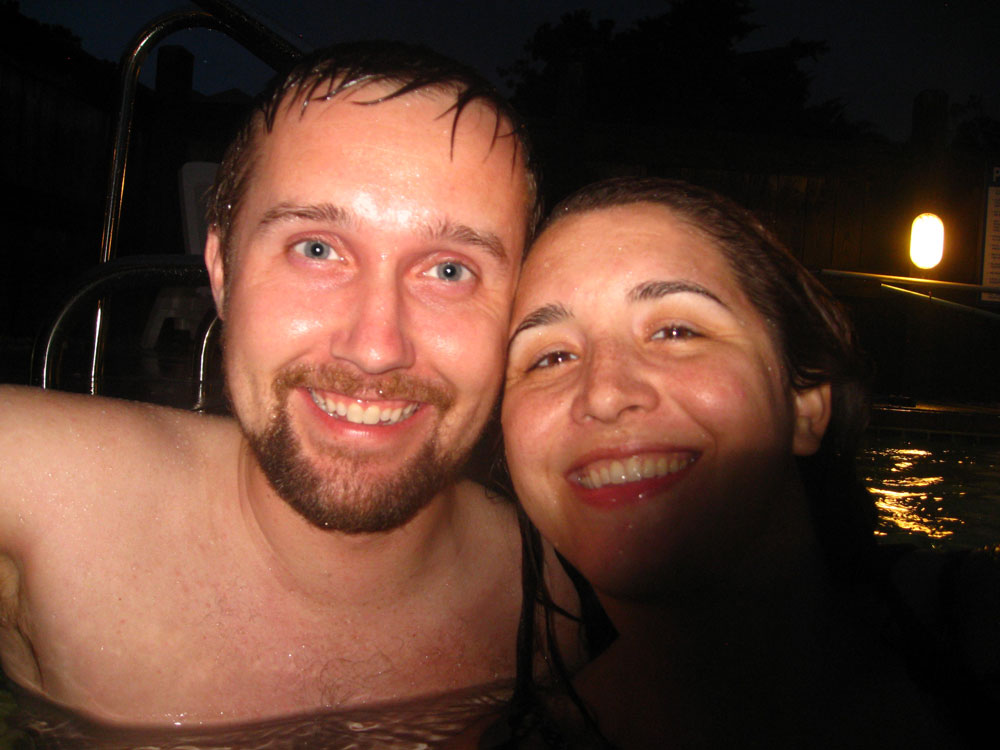 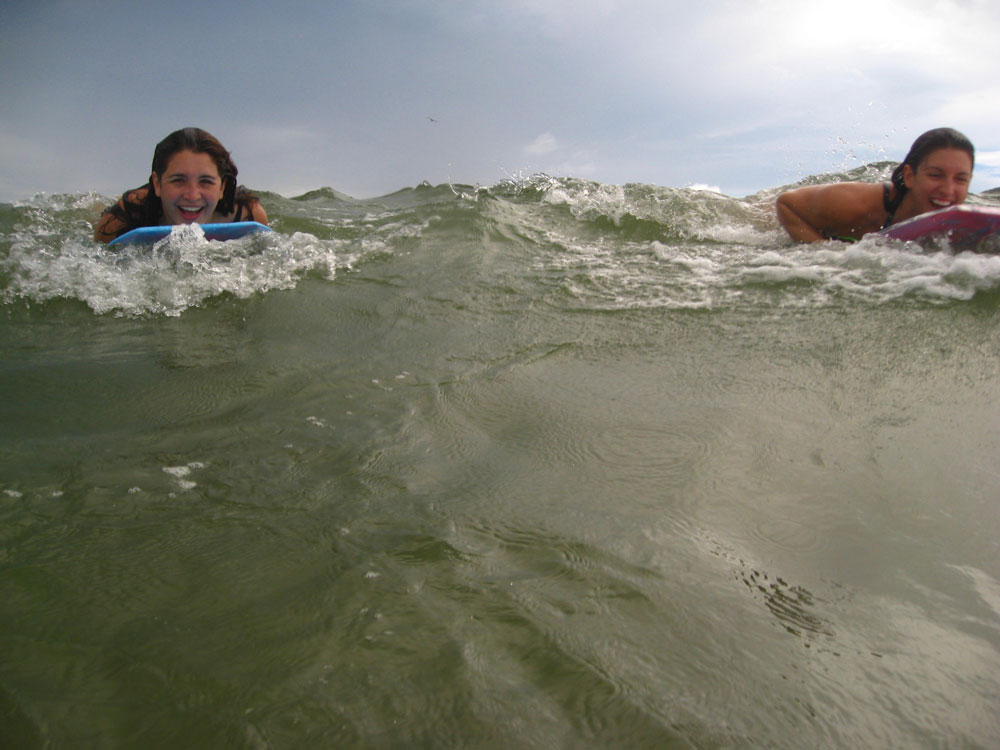 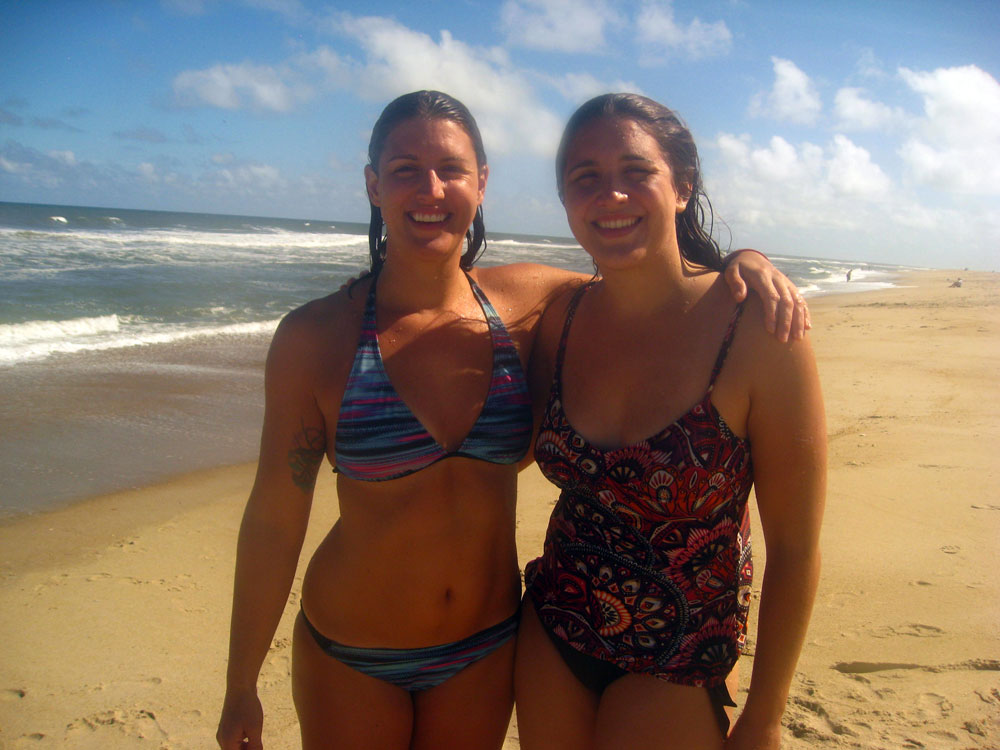 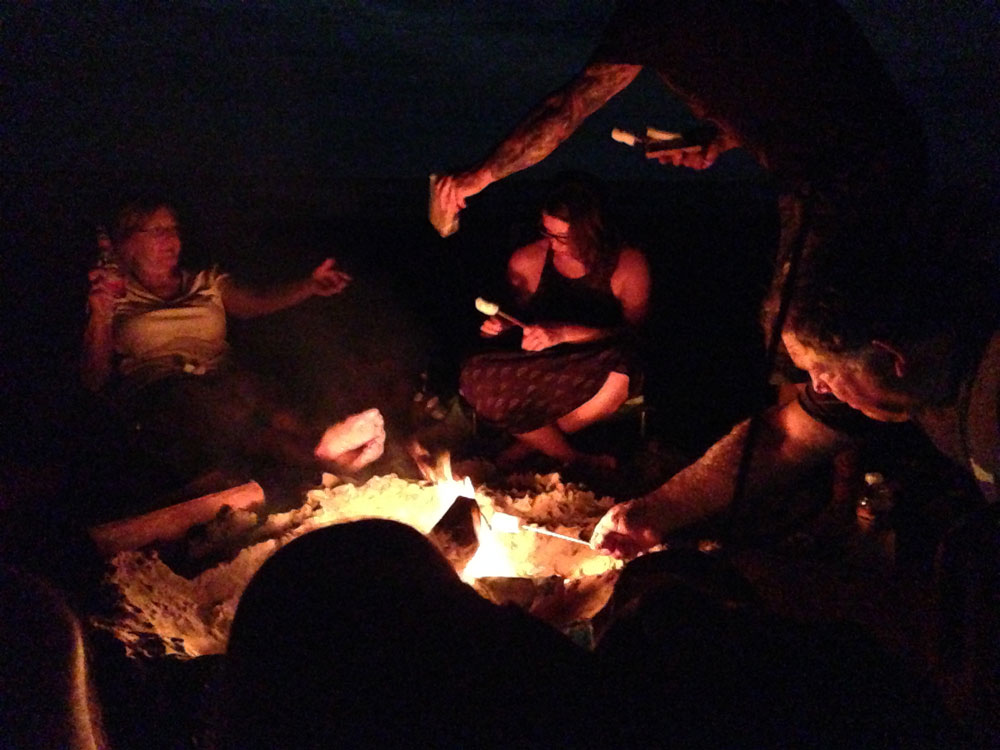