I was excited to see Ben Folds with the Rochester Philharmonic Orchestra at CMAC. I was supposed to go with my husband, Mark, but he wasn’t feeling good – so I took my mom instead.

CMAC is personally my favorite outdoor venue around here (that I have been to – so far). I feel like you really can’t have a bad seat – and it always sounds amazing.

I chose to buy lawn seats for this concert – sitting on the grass in the middle of the summer listening to Ben Folds AND an orchestra sounded like an amazing evening to me – and it didn’t disappoint.

If you haven’t heard Ben Folds music, perhaps his name sounds familiar from the NBC series The Sing-Off. The show is a singing competition featuring a cappella groups and has been running since 2009.

This was actually the 3rd time that I have seen Ben Folds live. The first time was back in 2003 [same venue – with a different name back then (FLPAC)] opening up for Tori Amos. The 2nd show was indoors at Water Street Music Hall in Rochester, NY in 2009. During that show Julia Nunes (a Rochester native/YouTube sensation known for her ukulele skills) joined him onstage – it was a fun experience.

I knew this show would be different. The orchestra gives a different vibe that I really enjoy. In 2012, Sarah McLachlan came to CMAC with the RPO, that show gave me goosebumps more than once.

What I really enjoyed about this show was having Ben Folds talk in between songs, telling stories, and really having fun. It was his son’s 15th birthday – so he played “Still Fighting It” for him.

Ever since a concert sometime in 2001 when someone yelled out “Rock This Bitch!” he has been creating personalized versions of this “song” at concerts. Here he orchestrated it from scratch going through different sections with his ideas. I thought it was seriously impressive. I already went onto YouTube to watch it again from another fan who recorded it.

I personally thought the second half of the show was what really stood out for me. He played some really great tunes including: “Zak and Sara”, “Still Fighting It” (as previously mentioned), “The Luckiest” ending with solo encores of “Army” and “Rocking The Suburbs”.

If Ben Folds/Ben Folds Five isn’t in your playlist you should give him a shot. He has such a variety I think there might just be something there for everyone.

If you are interested – the full setlist is over here. 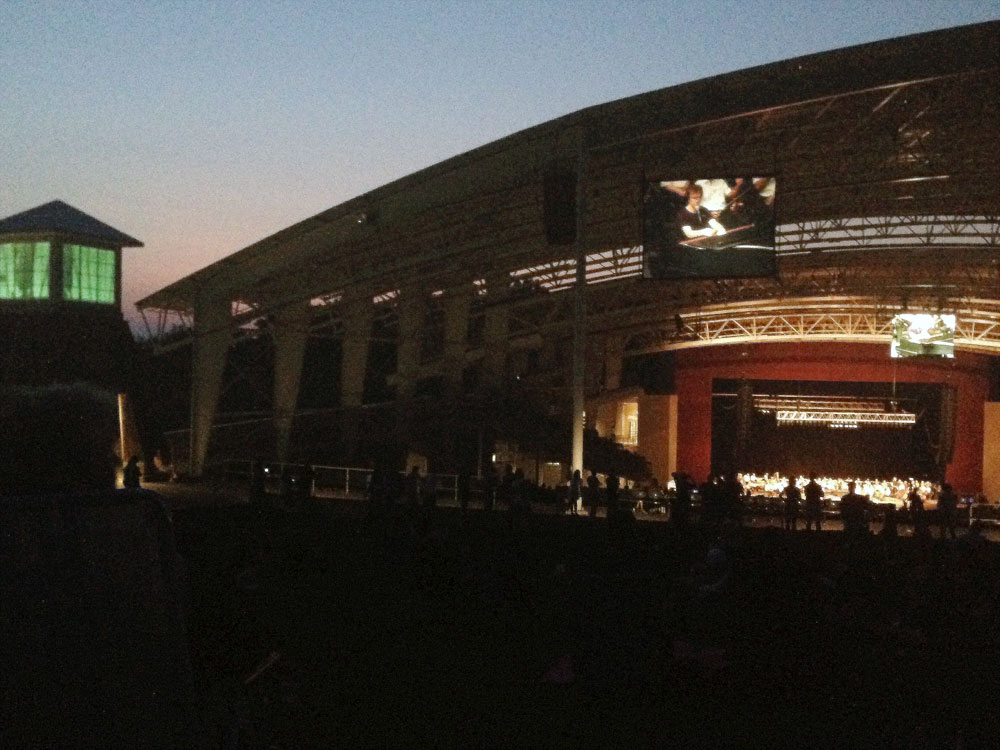