This year I was part of the marketing team to go to Las Vegas for the National Hardware Show – a three day industry based show featuring more than 2,500 exhibitors and over 250,000 products.

My co-worker and I flew in on a Sunday – about a 5 hour plane ride from Rochester, NY – flying through a few time zones… On Monday we headed over to the convention center to set up our booth. The union workers were in charge of all the big things – setting up shelves, un-crating all of our products, and hanging our large rotating sign from the ceiling. However we were in charge of determining where everything needed to go. We had a plan on paper but once we started to think about some choices, revisions were made so that the booth flowed well. What I didn’t expect about this day was it was super hot in there. For whatever reason the AC wasn’t on – so moving even the smaller 40 lb safes meant you sweaty and sticky after a few hours there. 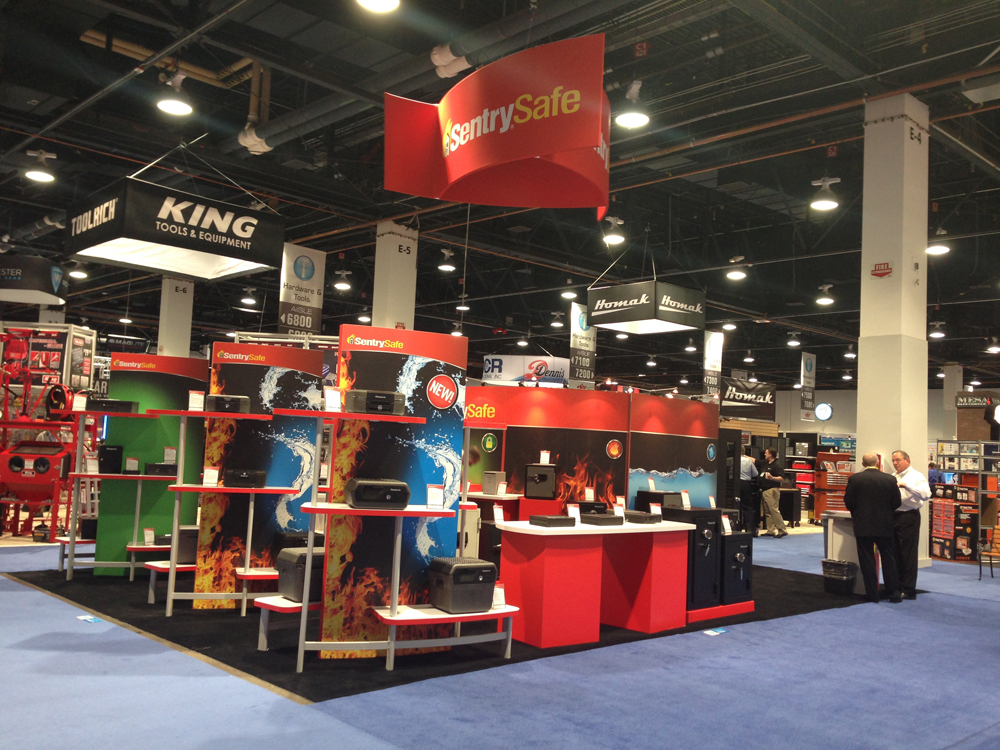 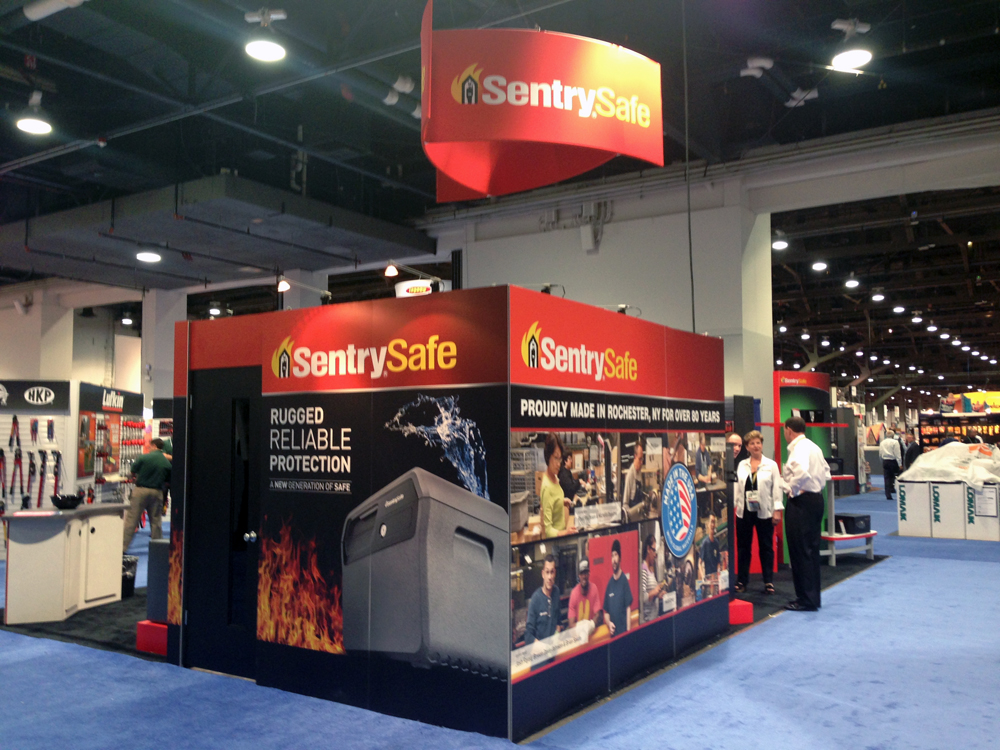 The next day was the first day of the show (and yes they turned the AC on). There were nine employees including our companies CEO at our booth. It was a busy and long day. I was tweeting for our company during my time there and we were involved in interviews. We had a radio interview with The Money Pit. We enjoyed talking with them on and off air. I received a personalized signed copy of their book that I have already flipped through in regards to a few household things.

The next day somehow seemed even busier. More media stopped by. We did a spot for DIY Network’s show “I Want That” National Hardware Show edition (probably airing in the fall). As well as another radio interview with Michael King on Home Talk Radio. 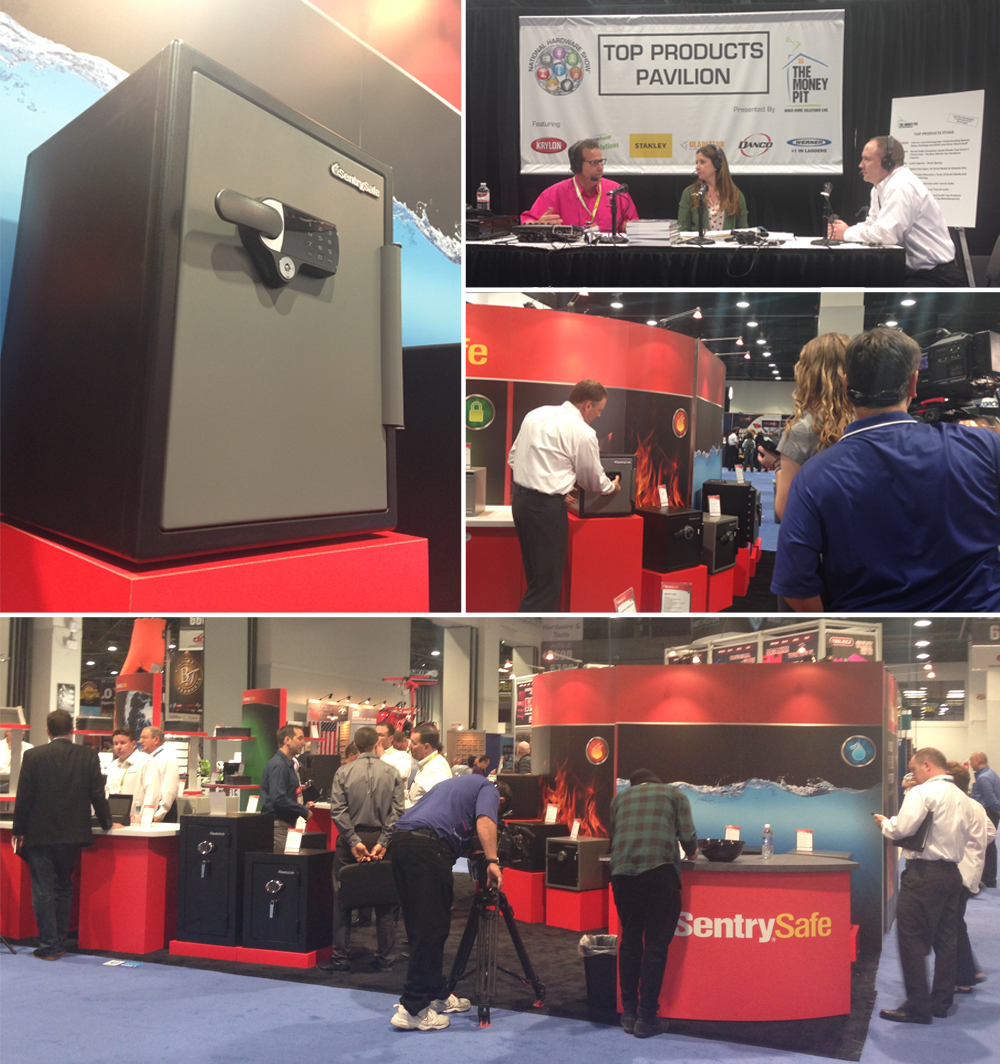 My personal favorite part of the show was listening to HGTV show hosts from “The Property Brothers”, “Buying and Selling”, and “Brother vs. Brother” – Drew and Jonathan Scott. After watching and listening to them speak they invited people to the booth where they were launching their own outdoor furniture line for photos and autographs. Of course I had to go, I am a dork for HGTV and most of those hosts and designers on there. I follow most of them on social media. So I waited in line and got to have my photo taken with them. Note that they are TALL! Drew was sick and was trying not to shake anyone’s hand. I had my work shirt on and Drew commented that he knew our products. I’m pretty sure I just said “yep”. I also tried to tweet them to stop by our booth, which they did not, but we did get a response tweet – and he said thanks for visiting our booth 🙂 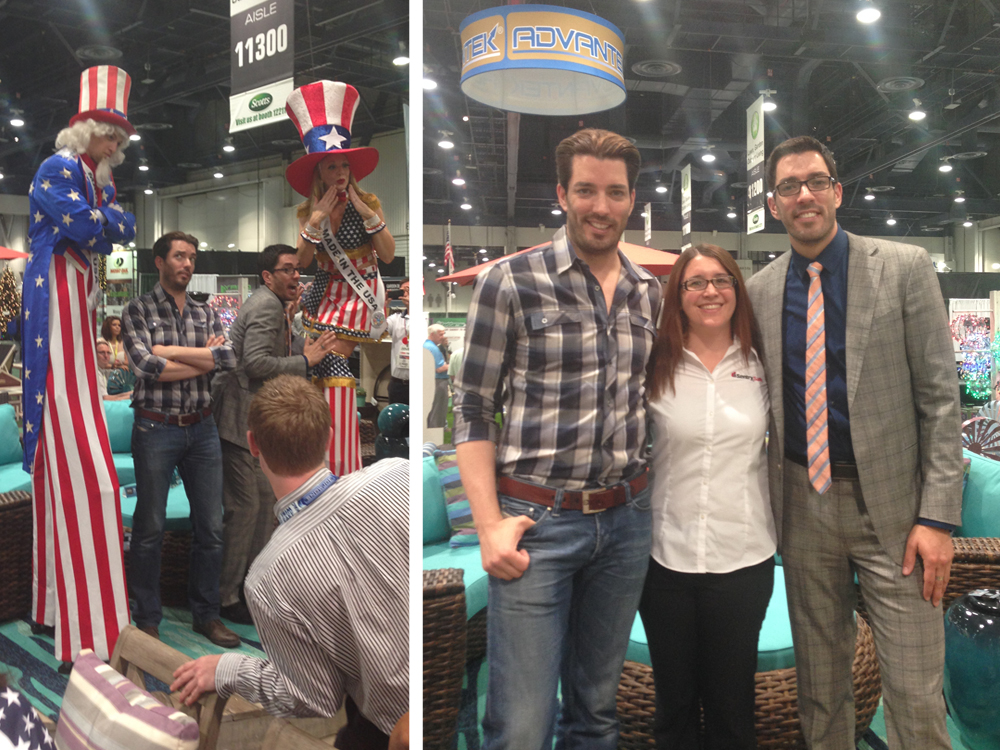 The last day was fairly uneventful – it’s a short day and by lunchtime half of the people were already gone. We had arranged a local vendor to buy all of our products so we just had to get everything in order with him before the show ended.

Being that my birthday was the following day my coworkers that were left took me out to dinner and to see KA. What a great show and a fun way to end the trip. Below is a foodie photos from Julian Serrano’s Tapas restaurant in the Aria. So tasty! 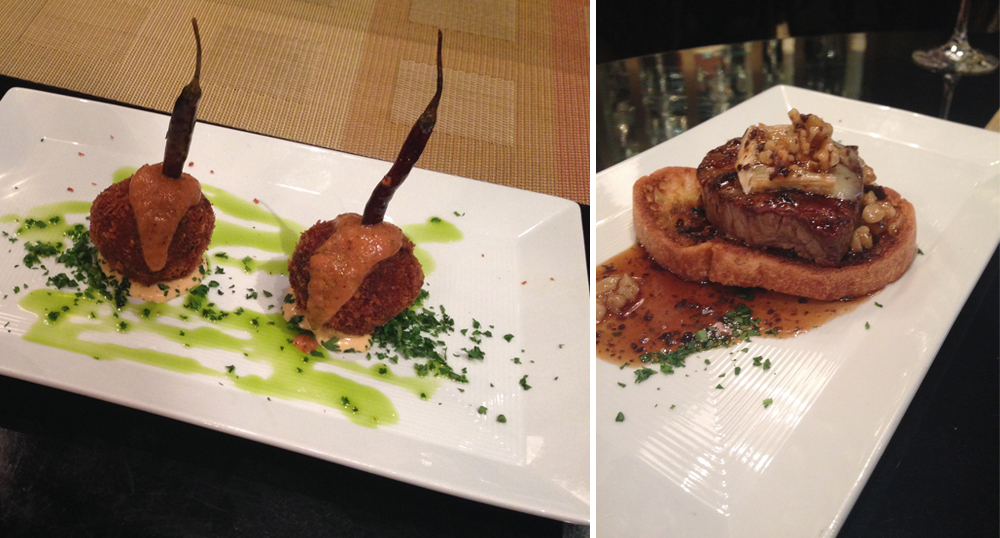 Flying home all day on my birthday isn’t the most ideal way to spend the day – but I will be glad to be home. Plus I got to know some of my co-workers (that I don’t directly work with daily) better.