I have attended some concerts recently and eventually hope to write more individual concert reviews, but I wanted to start somewhere. Here are my brief reviews of the last three concerts I attended in March and April 2014.

In March, my friend, Marc won concert tickets to go see Reel Big Fish at Water Street Music Hall (a popular venue in Rochester, NY). (Thanks WBER)! This band was one that I have enjoyed from high school and honestly I am always a sucker for horns. Might be some leftover band geek in me, who knows. Anyway, we got to the show near the end of Beebs and Her Money Makers. From what I saw of them they had a fun stage presence and with all those people on stage jamming and having fun – how could you not enjoy watching. Afterwards a band called Suburban Legends came on. Also not familiar with them – but their Disney covers won me over. Who doesn’t love some “Duck Tails” (woo hoo!) plus a little Neil Diamond cover of “Sweet Caroline” – they have horns – so makes sense! After enjoying some Rancid playing over the speakers in between sets – Reel Big Fish came on. They played some of my favorites including “Where Have You Been”, “She Has a Girlfriend Now”, “Sell Out” and who doesn’t love a cover of a-ha’s “Take On Me” to close out the show. (Full setlist here) Overall it was a super fun show and I am thankful that Marc invited me to come with. (Thanks again Marc!) 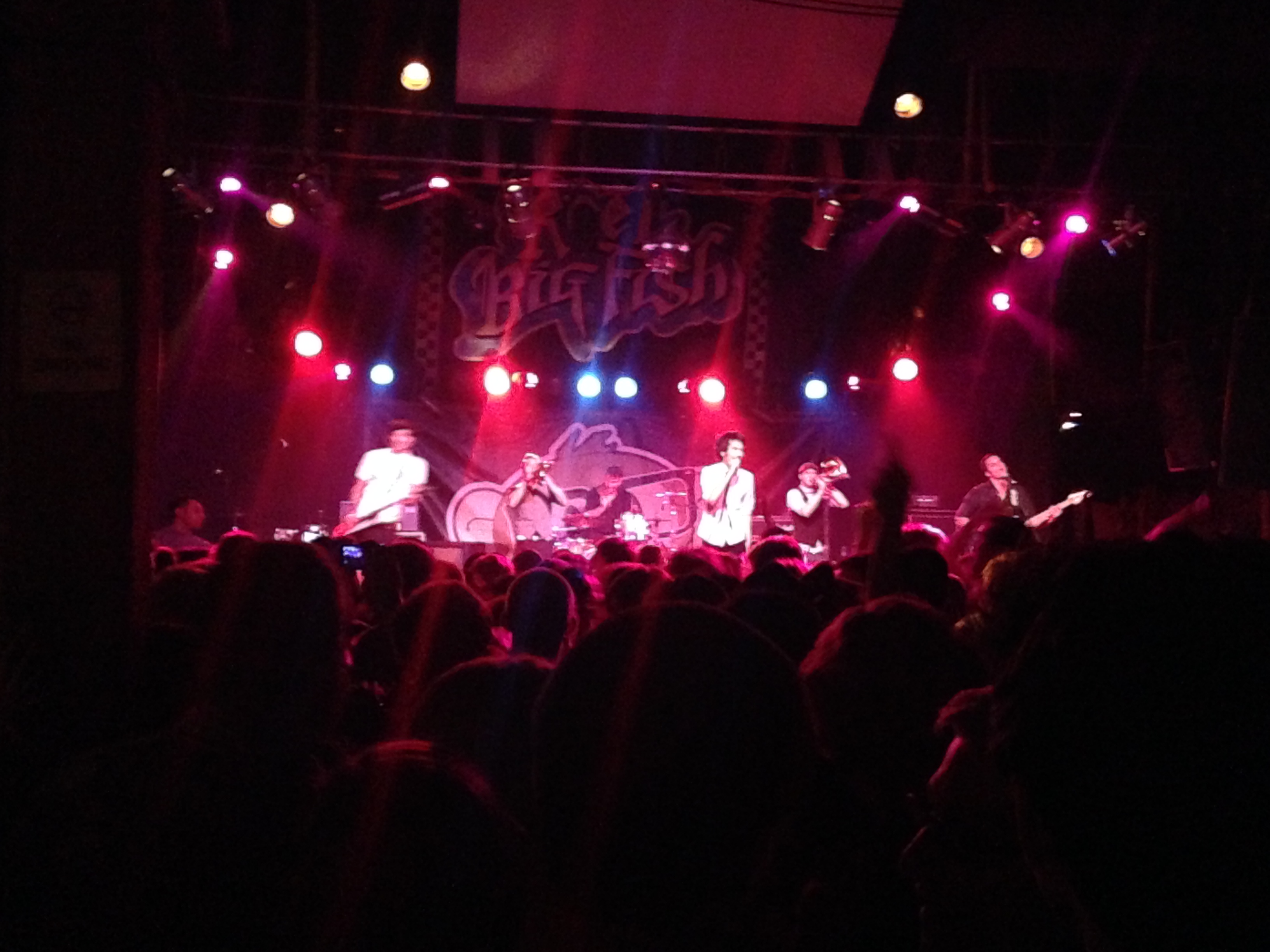 The next concert I got to attend was Less Than Jake also at Water Street Music Hall. I took my Sister, Stacey, and Marc with me. It was my birthday gift for their April birthdays. I had seen them one other time with my sister in 1998, but she had seen them many times before. My favorites included “Johnny Quest Thinks We’re Sellouts”, “Look What Happened” and “The Science of Selling Yourself Short”. Wish they snuck in “Jen Doesn’t Like Me Anymore” but it was a fun show with some fun between song chatter. They also made the venue bring in some beer and wine for the event – for the past 6 months at least the venue had a sign that said liquor license pending. It was a fun show – luckily I was far enough away not to get sucked into the mosh pit/skanking circle. I was exhausted just watching those kids. They even ended up having a “skank off” where they pulled 1 drunk girl and 1 sober guy on stage for a song to judge who was a better at skanking. They both got a tee shirt, so not really sure who won. But I’m sure the sober guy could remember it in the morning! 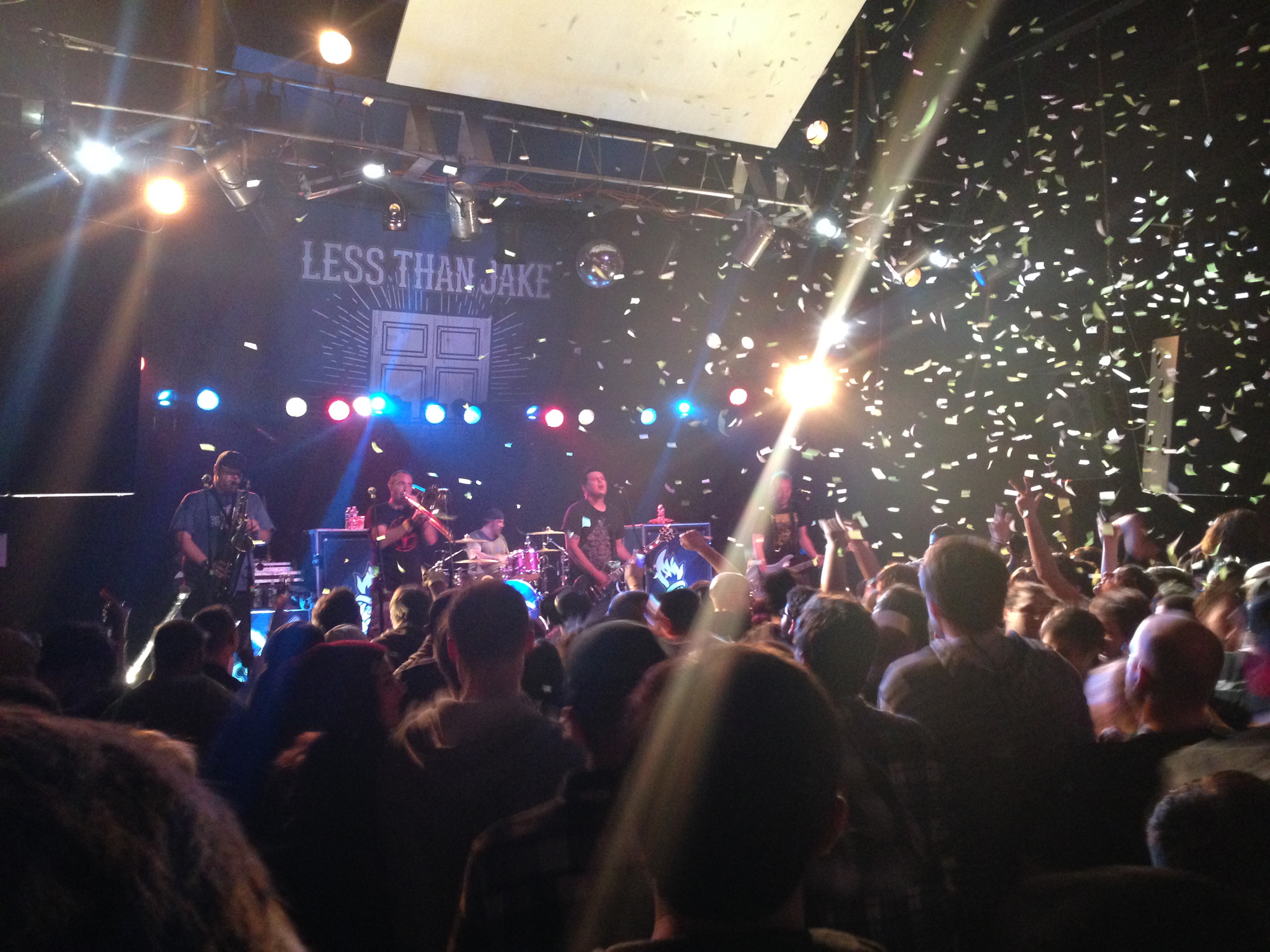 For my birthday my sister bought us tickets to go see Ani DiFranco in Syracuse, NY at the Palace Theatre. It was my first time seeing her live, but again my sister had seen her a few other times. Not being super familiar with her newest songs I liked the older songs best. My favorites included “Fire Door”, “Untouchable Face”, and “Out of Habit”. Full setlist for the show available here. Near the end of the show things really got fun and most everyone was dancing right next to the stage, including us. While I was hoping to possibly hear “Buildings and Bridges” or “32 flavors” I was still excited to have seen her live.